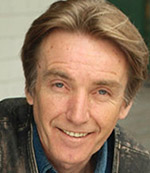 After receiving his Bachelor of Fine Arts (BFA) in Drama from the University of Alberta, Hamish has worked professionally as an actor in classical theatre, improvisation and musicals, on radio, stage, film and television since 1977. Along with Fiff, Hamish has trained over 500 Certified Laughter Yoga leaders and has presented workshops on laughter to over thirty thousand people around the globe. He has also worked in healthcare with seniors, in palliative care, and with people with physical and mental disabilities for over 35 years.